Much Ado About Nothing 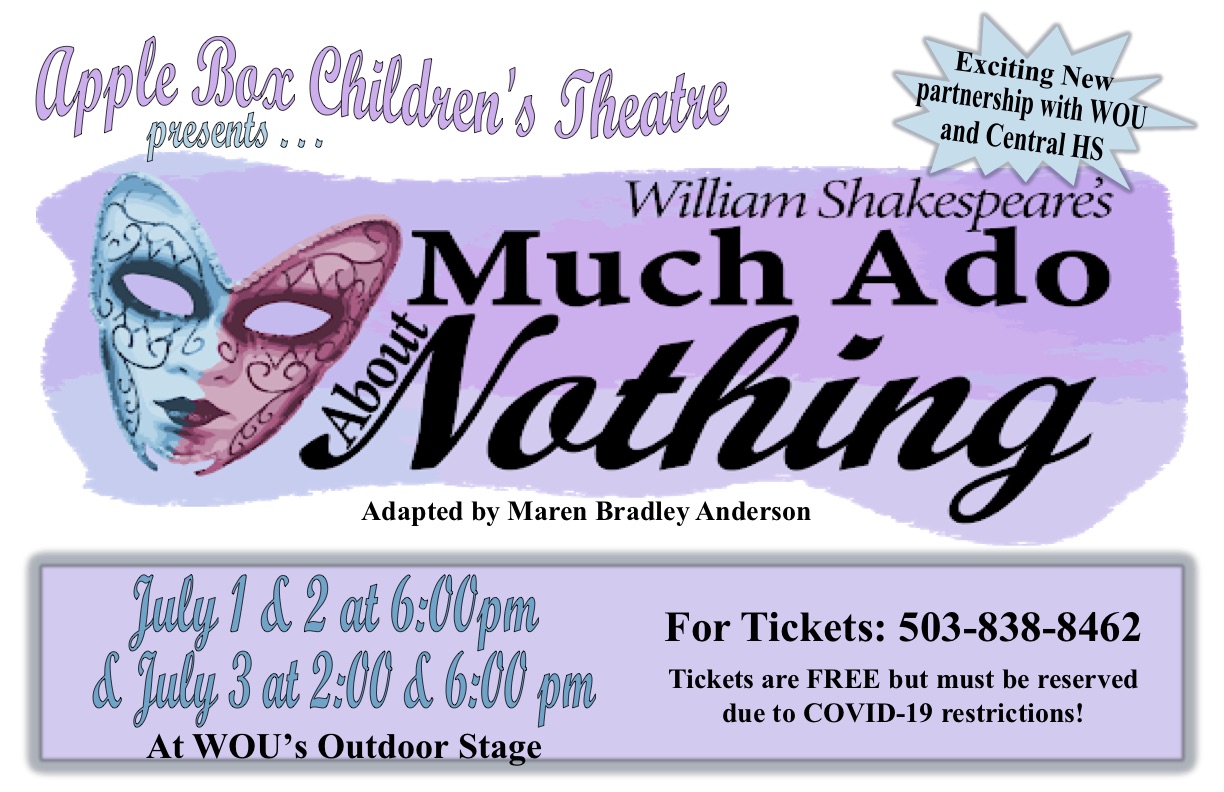 Much Ado About Nothing is about two couples who fall in love. Hero and Claudio are young and eager to be married, but Beatrice and Benedick have to be convinced they actually like each other. Don John, a jealous prince, tries to sabotage Hero and Claudio’s wedding by lying about Hero’s devotion. But this is a comedy, so there is much hilarity, a happy ending for everyone, and the bad guys get their comeuppance. 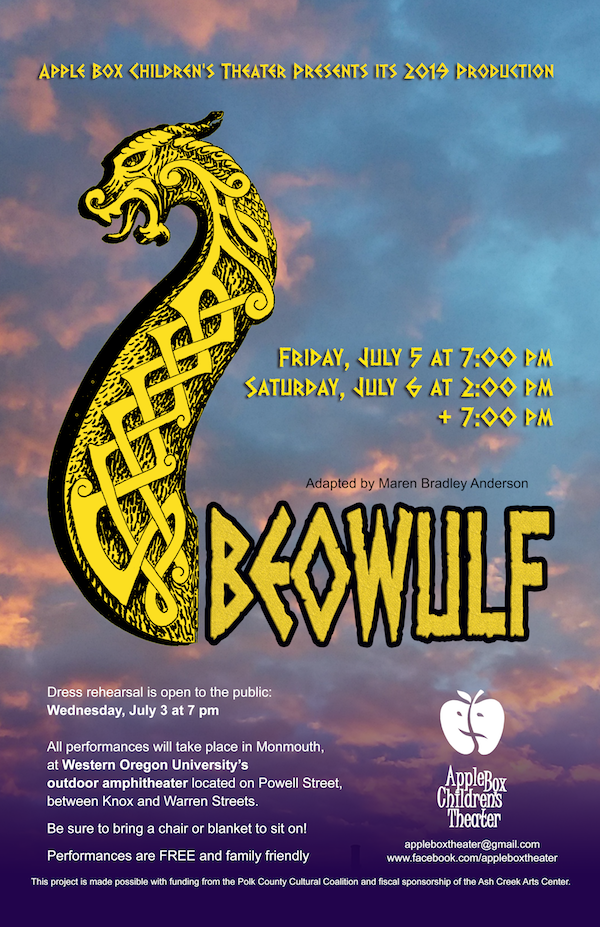 The story is set in Scandinavia. Beowulf, a hero of the Geats, comes to the aid of Hrothgar, the king of the Danes, whose mead hall in Heorot has been under attack by a monster known as Grendel. After Beowulf slays him, Grendel’s mother attacks the hall and is then also defeated. Later in Beowulf’s life the angry dragon mercilessly burns the Geats’ homes and lands and Beowulf decides to fight and kill the monster personally. He and his Thanes climb to the dragon’s lair where, upon seeing the beast, the Thanes flee in terror, leaving only Wiglaf to battle at Beowulf’s side. This is an epic story of Beowulf’s bravery and triumph with good over evil. 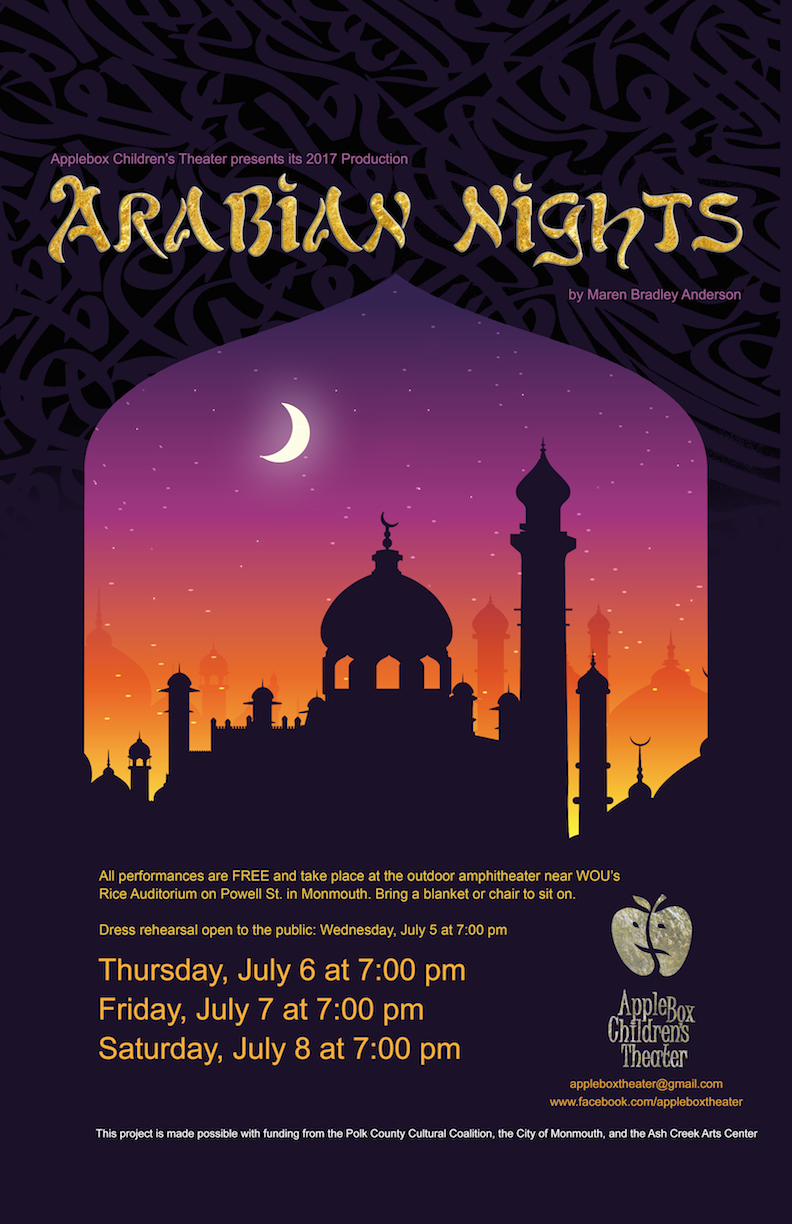 Arabian Nights is an adaptation for children of four of the stories from 1001 Arabian Nights. This play was first performed by children (ages 6-14) in July 2017 by the Apple Box Children’s Theater of Monmouth, Oregon, but it would also be appropriate for adults to perform for children.

The stories include the tale of Sheherazade and Shahryar as an overall framework, and then “Al-a-din,” “The Hunchback’s Tale,” and “The Son of Adam” are all nested into each other. “Al-a-din” is the story of a poor boy who finds a magic lamp. “The Hunchback’s Tale” is about three groups of people who think they have accidentally killed the king’s hunchbacked jester. “The Son of Adam” is about animals that run from the cruelty of a human being. The humor in all the stories is emphasized, and they all tie together at the end. 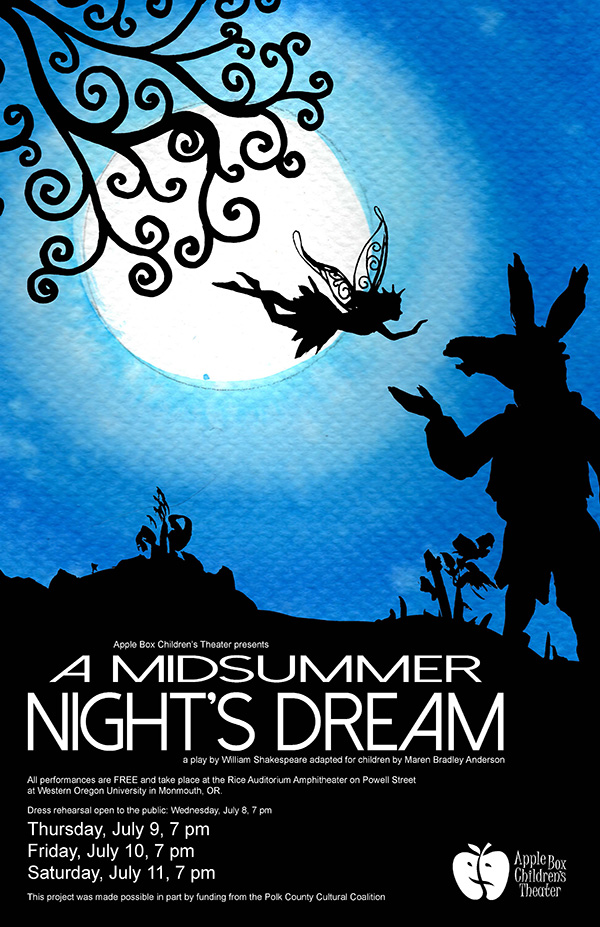 A Midsummers Night’s Dream is an adaptation for children of Shakespeare’s comedy. This play was first performed by children (ages 4-14) in July 2015 by the Apple Box Children’s Theater of Monmouth, Oregon, but it would also be appropriate for adults to perform for children. I worked to translate the play into more modern English while preserving as much of the poetry as possible.

A Midsummers Night’s Dream follows three story lines. The first is of Hermia who wants to marry Lysander, but her father wants her to marry Demetrius who is loved by Helena, so they run away to the woods followed by Demetrius and Helena. The second story is of Bottom and his working class friends who go to the same woods to practice a play. Bottom is transformed into a donkey by the fairies. The third story is of Oberon and Titania, King and Queen of the fairies, who are fighting. Oberon uses a magic flower to make Titania fall in love with Bottom, the donkey. They also cause trouble for the lovers who are lost in the woods.

Everyone is in love with the right person by the end of the play, and Bottom (no longer a donkey) and his friends are even allowed to perform their terrible/funny play.